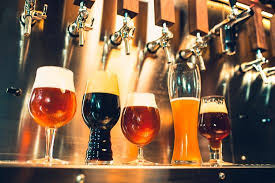 In search of the best beer in #DowntownLex

When you visit Lexington, Kentucky some of the things you may have on your “To-Do” list could include going to Keeneland, tasting some of our world famous bourbon, and visiting the distilleries we have here in town. Something you may not realize is we also have a number of breweries. After doing some research, we’ve narrowed down some of the best tasting beers in the area for you to go try for yourself.

We begin our journey at West Sixth Brewery which is located at 501 W 6th. Here, you will find a large variety of IPA’s that range from Amber Ales to seasonal drinks like Oktoberfest and limited releases like Snake Eyes. West Sixth has a proud selection of over 33 canned and bottled beers to choose from, but we will focus on its main, backbone beer: the West 6th IPA.

According to the company’s website, the taste is described as “notes of peaches, lemon zest, danky grassiness, pine needles, and tangerines with each sip followed by a dangerously drinkable amount of resinous glamour.” With that being said, after 176 ratings on ratebeer.com, the verdict was 3.59 stars out of 5. It’s safe to say that this beer would be an excellent choice for those IPA fanatics, and should be placed among the top beers to try here in Lexington. 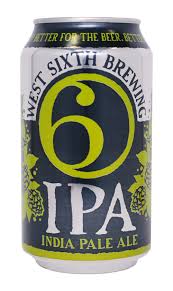 Reviewers on rate beer.com rated Shotgun Wedding at 3.36 stars out of 5 and have described this beer as, “a malty brown ale conditioned with real bourbon-soaked vanilla beans.” The unique flavor of this beer certainly makes it worth a try. 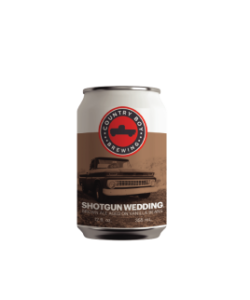 Next, let’s talk about Blue Stallion Brewing Co. on Third Street. According to their website, this company focuses on “German lagers and British ales with traditional brewing techniques and ingredients.” Additionally, they offer “approachable beers” for expert and amateur craft beer consumers alike.

One of the best features about Blue Stallion is their taproom. The taproom has lounge seating, a pool table, dart boards, pinball, and a loft area. Additionally, there is an outdoor beer garden with a patio. This is the perfect place to meet up with your friends after work.

Their top beers include Dunkel (a dark larger), Helles (translates into “bright” in German and is the light colored alternative), and Hefeweizen (a wheat beer with unique flavoring). After 25 people rated it, Dunkel received a 3.8 out of 5 according to ratebeer.com and the majority of the comments say very good things about the beer. 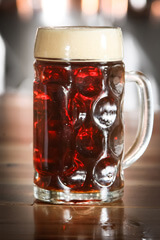 Finally, let’s close out with Ethereal Brewing, located at 1224 Manchester Street. They use only the highest quality of ingredients and their self-proclaimed focus is on, “Belgian farmhouse and American Craft beers.” They pay close attention to the taste, smoothness, and quality of everything they produce.

While they offer more than 15 beers on tap, one of their most popular options is the Ethereal Double Dog Days. Reviewers on ratebeer.com describe it as, “a sour IPA with Guava,” and rate it at 3.11 stars out of 5. Certainly worth a try. 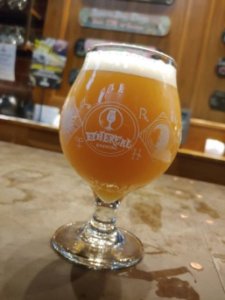 As you can see, there are plenty of beers to try here in Downtown Lexington. You can use this list as a guide, but don’t be afraid to stray and explore other options as well. You never know what you might find. Cheers!