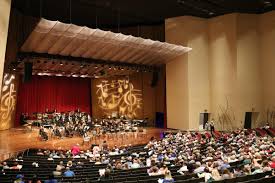 Each LexPhil season series opens with a female performer, and this season will kick off with “A Short Piece for Orchestra” by Julia Perry (1924-1979), a notable composer who was born in Lexington’s East End neighborhood and went on to receive critical acclaim and two Guggenheim fellowships. The performance will also feature Stravinsky’s “Violin Concerto in D Major,” featuring Stefan Jackiw on violin, and will finish with Tchaikovsky’s “Symphony No. 6 in B Minor.” American conductor Thomas Heuser, who currently serves as music director of both the Idaho Falls Symphony and the San Juan Symphony, will conduct.