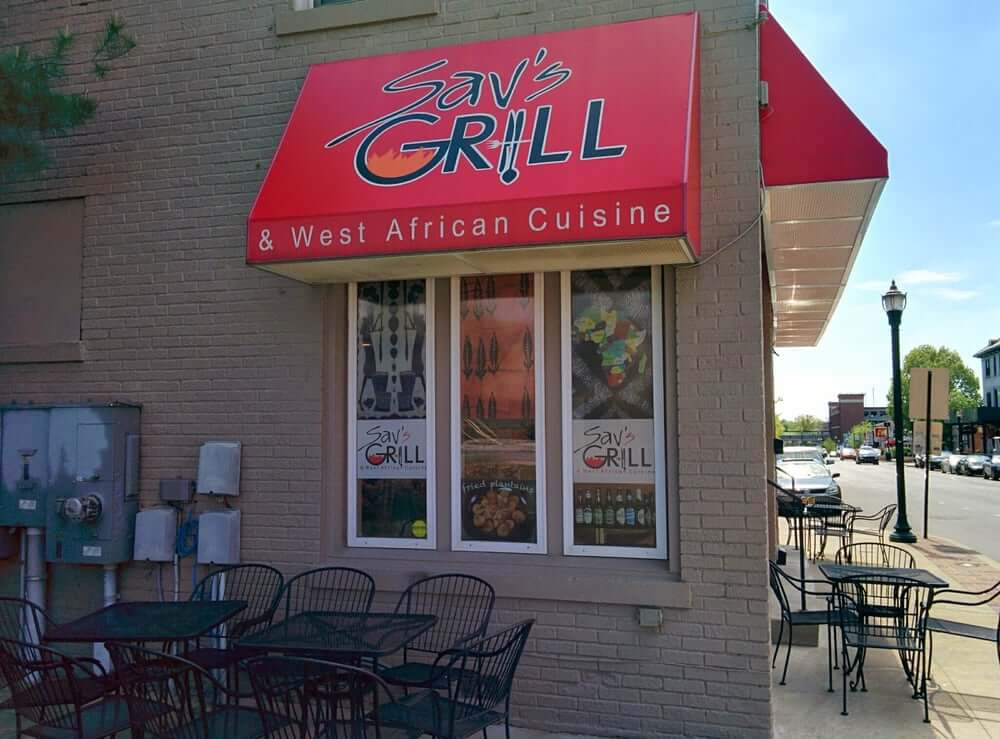 Sav’s Grill & West African Cuisine was a landmark on South Limestone for over a decade. After 11 years Sav’s Grill finally closed its doors. Before you freak out, don’t worry! Sav will soon be opening a new location on the corner of East Main Street and Old Lafayette Avenue. His ice cream shop, Sav’s Chill, will remain open on South Limestone.

The story of Sav’s Grill and West African Cuisine began back in the 1990s when Mahmadou ‘Sav’ Savané married his wife, who was then a Peace Corps volunteer near his village in Guinea, West Africa. Growing up, Sav learned how to cook from his mother and sisters. He enjoyed it so much that when he and his wife returned to her home in Lexington, he pursued his dream of opening his own restaurant. 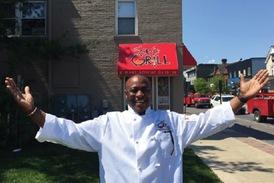 If you’ve been on or around UK’s campus over the past decade, it’s unavoidable that you haven’t heard of Sav or his restaurant. After an accident left Sav in the hospital in 2014, the community rallied around him, filling his restaurant from open to close and helping to raise money for his medical bills. No one who has met Sav has ever had anything bad to say about the man who embodies Lexington’s spirit of friendliness, hard work, and passion.

Sav’s Grill will be moving into the old Subway building on East Main Street, a building that previously wasn’t much to look at. However, thanks to a grant that Sav’s obtained through DLP’s beautification fund, Sav can afford to renovate the old building and make it a beautiful addition to the historic district. He’s excited about the change of scenery and thinks this will be a great opportunity to create a space that can serve as a family-friendly gathering spot, according to this article by Susan Baniak of Smiley Pete Publishing. The new location will also feature some parking, an amenity that was scarce at his South Limestone location.

As Sav began renovations on the new location, he made a surprising discovery. Behind the corporate drywall lay a glimpse into a piece of Lexington’s past. He found that his new building used to serve as a gas station/garage built in 1940 and operated until the 70s. Find more information and check out a picture of what the building looked like back in the day in this WKYT article here. 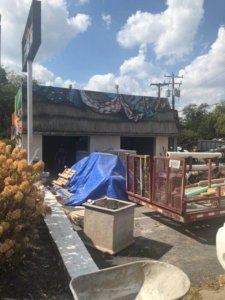 Sav now plans on incorporating the original framework and glass into his restaurant as well as including a photograph of the original gas station on the back of the menu to help preserve the history of the building. As an added bonus, according to the restaurant’s Facebook page, Sav has always loved the idea of glass roll-up doors.  Now two have been hand-delivered to him by fate. In addition to the glass doors, several beautiful murals are already visible on the building and parking lot which will definitely add some character and flair to the otherwise ordinary street corner. 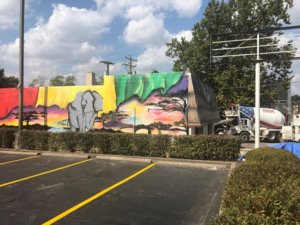 The change of venue could also bring with it a change of menu. Sav and his daughter traveled to Guinea this past summer in search of new authentic African recipes to add to his already delicious menu. If you’ve never eaten at Sav’s before, keep an eye out for the opening date on their Facebook page here! And, if you’re a Sav’s regular, be sure to check out the new location in the coming months and continue to support the local businesses and people who make Lexington so great.